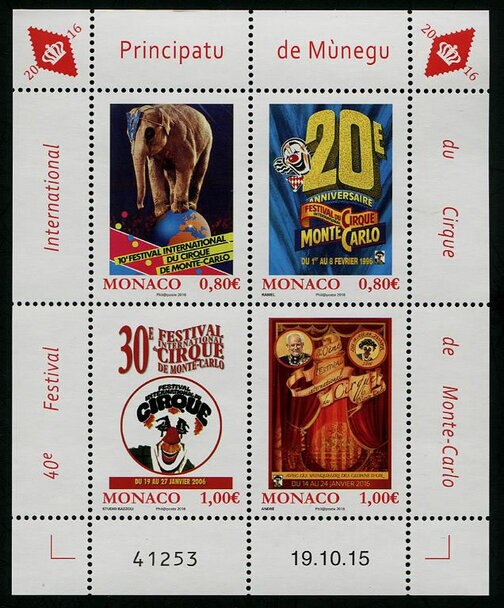 The small independent monarchy of Monaco is renown for many large international events. Celebrated on stamps are its dog and cat shows, car races, art festivals, stamp and coin shows, but even of greater notoriety are its stamps celebrating circuses and circus performers.

The International Circus Festival of Monte-Carlo is an annual festival established in 1974 by Prince Rainier III of Monaco to recognize and promote outstanding circus performers .

During the festival, circus acts from around the world are performed for paying audiences and are presented to a jury of circus professionals, specialists and journalists. The jury gives awards for the best circus acts, including the Golden Clown , Silver Clown  and Bronze Clown statuettes. Special prizes are also awarded by various companies, organizations, institutions and individuals.

Monaco has issued a number of stamps throughout the years promoting the festival and celebrating championship artists and performances. 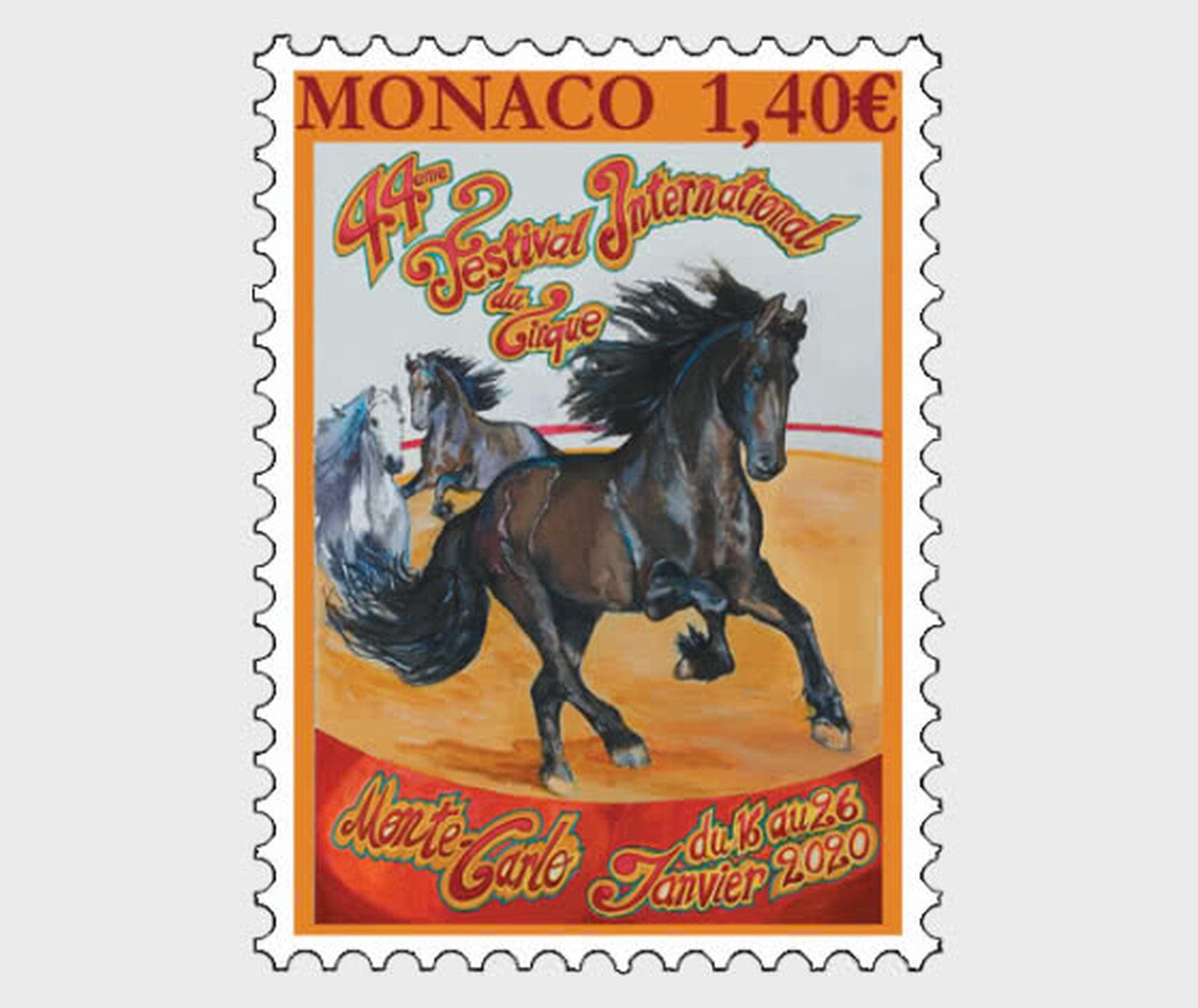