A remote chain of islands south of Argentina in the Atlantic Ocean comprise the territory referred to as South Georgia and the Sandwitch Islands.  Originally discovered and named by the Spanish in the 17C, it later was claimed as a British Territory and has issued stamps for its territory. 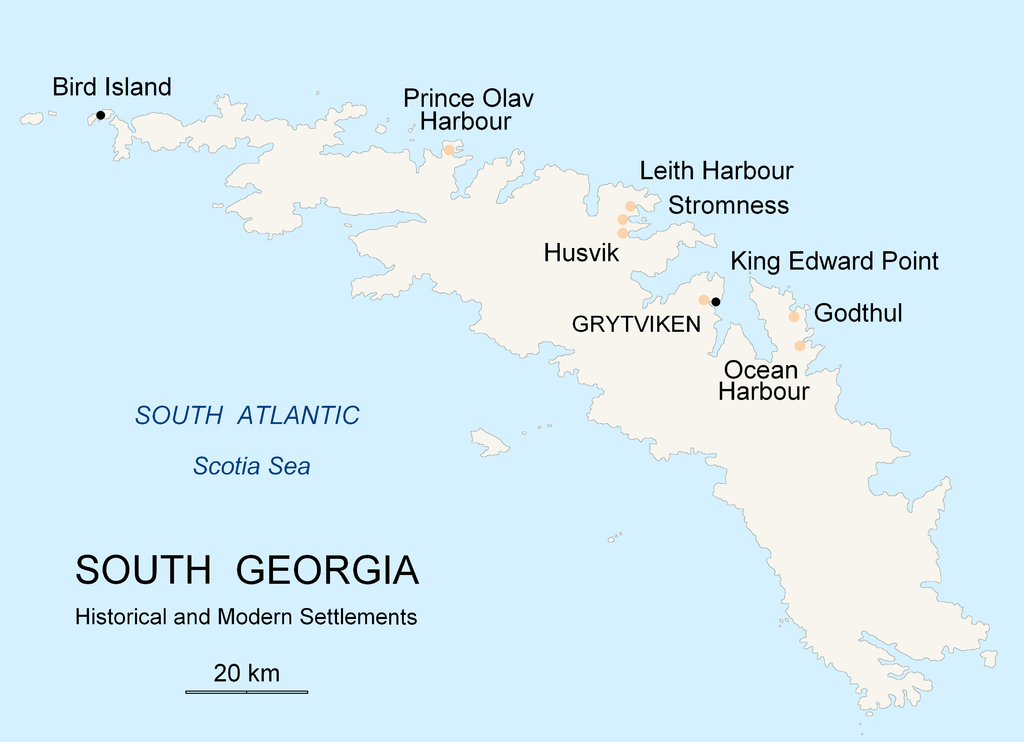 In 1964, the South Georgia and Sandwitch Islands became a point of conflict in the Falkland War between the British and Argentine forces.  For many years, the islands were exploited by seal hunters and whalers.  In recent years, a concentrated effort has been made to preserve, protect, and restore the islands' natural ecology.

Due to its remote locate and harsh weather, the islands have no permanent residents. There are a number of eco tours to the islands, but commercial whaling and seal hunting have long ceased.  Stamps issued Great Britain's Crown Agents have been very popular throughout the world.  Stamps have depicted polar ecology, shipping, and historical events related to the territory.