In the early 20th Century, stamp themes and topics generally focused on national heroes and historic events.  This generalization is especially true for the United States and most European countries.  Today, stamps are being issued not only to commemorate past events and personalities, but a wide range topics celebrating cultural, scientific, religious, and sports milestones and achievements.

Recently, there have been numerous countries issuing stamps promoting better diets and exercise.  Recognizing the negative impacts on both world health and the environment by diets centered on animal based products, a number of countries have issued stamps promoting greater consumption of fruits and vegetables.   Stamps such as the Wallis and Futuna 2016 issue illustrates the need for better nutrition and exercise for both adults and children. 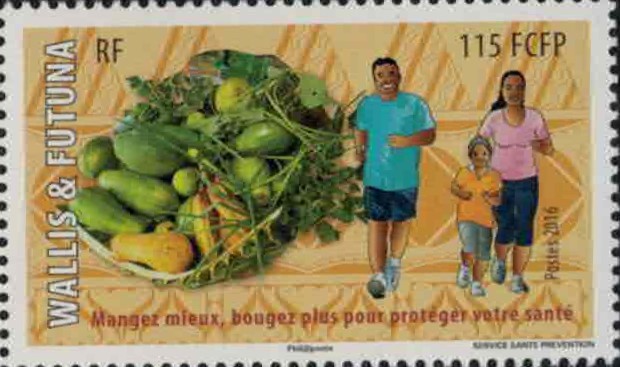 Focusing on health and disease prevention,  stamps from South Africa and Australia have placed an emphasis on healthy habits to prevent heart disease and diabetes. 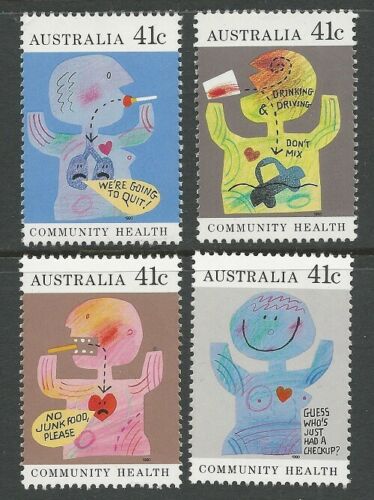 A number of countries issued stamps to commemorate the 1982  UN Conference on Nutrition in Rome, Italy.  The stamps from European, East Asian, and African countries often included illustrations of agricultural products that have been viewed as an answer to critical food shortages and could enable greater availability of high nutrition products at affordable costs to developing nations. 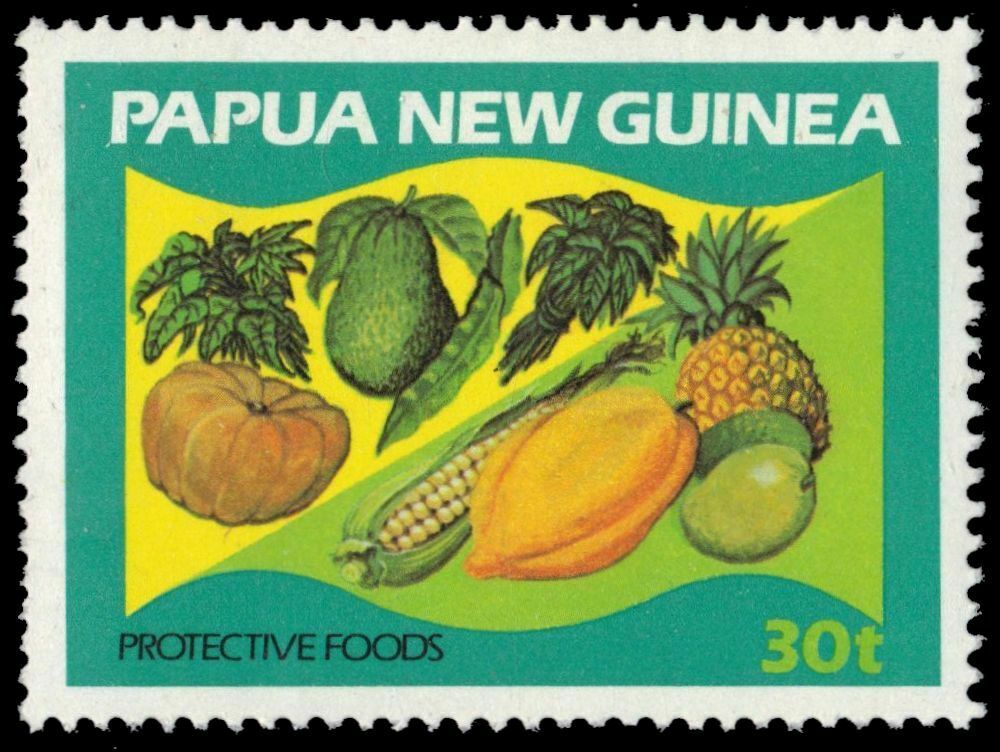 The wide variety of stamp issues and the many attractive designs have made the collecting of fruit and vegetable stamps an exciting pursuit for stamp collectors of all ages.  It's even possible that the implicit and explicit messages conveyed on these stamps might not only make a sedentary stamp collector get up and exercise away from his/her stamp album, but also consider taking steps to a healthier and more varied plant based diet!