Some of the most commonly collected topics include domestic animals, pets, and animated cartoon animals.  It seems somewhat surprising to me that a mammal that does not have  "cuddly" and lovely features is so sought after by stamp collectors.  Yes,  "Chiroptera", commonly known as bats is a popular stamp collecting topic.

Besides the mythology and misconceptions related to these winged creatures, their ecological importance can not be underestimated.  As pollinators, they help produce fruit and over 500 different plant species are dependent on their pollinating abilities.  Additionally, their veracious appetite for eating mosquitoes protects many plants and keeps the need for chemical pesticides to a minimum.

Stamps have featured both main types of bats- microbats  and megabats.  Microbats rely on echolocation, using sound and echo to determine size and distance of prey.  These bats usually have larger ears.  The megabats live in the topics and subsist primarily on fruit, fruit nectar, and pollen.

Whether collectors include the fictionized bat versions such as Batman and Count Dracular, or center their collection on identifying over 150 different species of bats, their is an amble supply of worldwide stamp issues related too this topic.

An interesting fact, in 2002, the US issued its first commemorative stamp featuring various bats.  The First Day Ceremony took place in a cave so attendees could see thousands of bats roosting in a giant colony.  That ceremony was the first and only USPS ceremony to be scheduled for an evening! 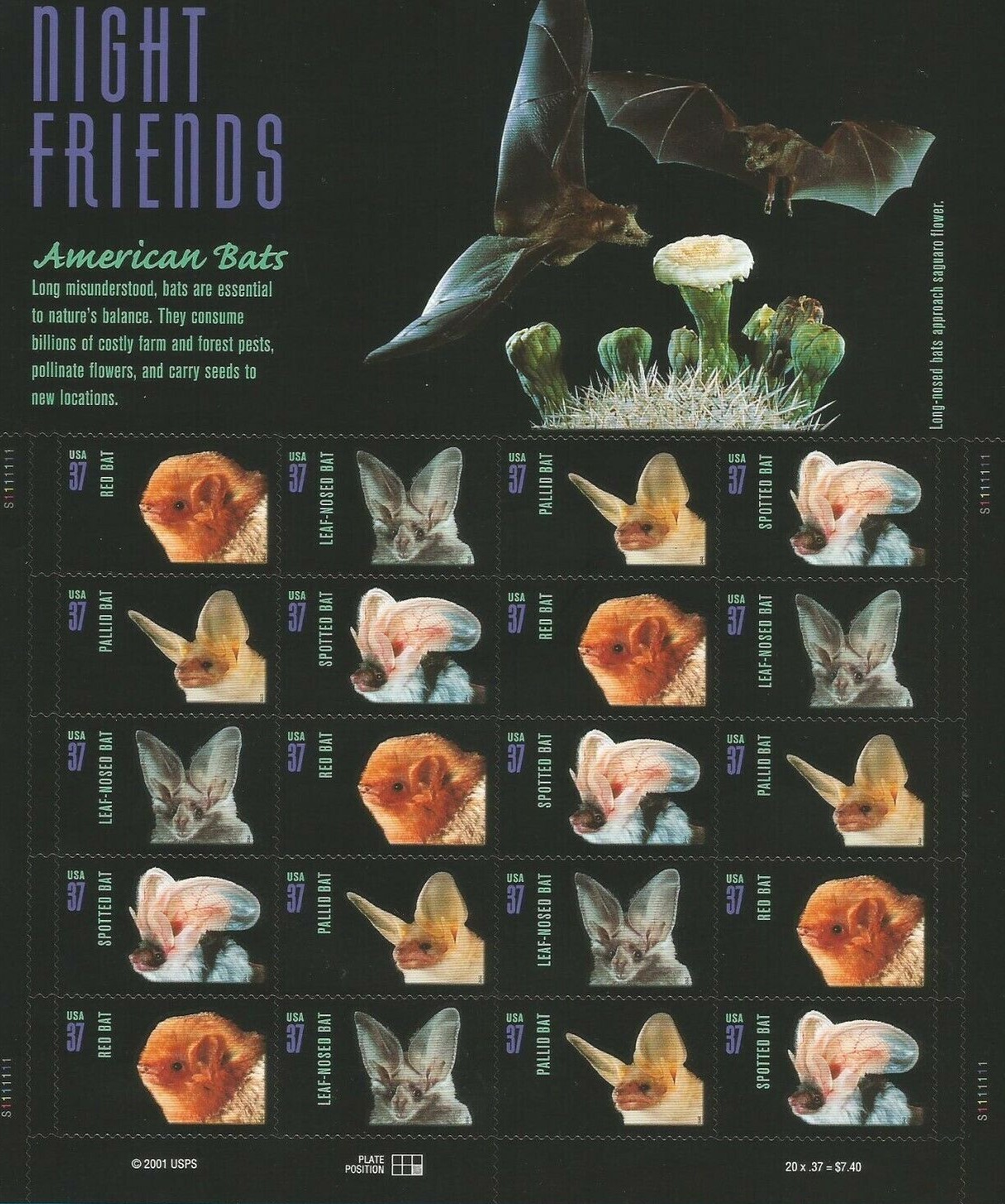