The Appeal of 18 June was the first speech made by Charles de Gaulle after his arrival in London in 1940 following the Fall of France. Broadcast to France by the radio services of the British Broadcasting Corporation (BBC), it is often considered to have represented the origin of the French Resistance in World War II. It is regarded as one of the most important speeches in French history. 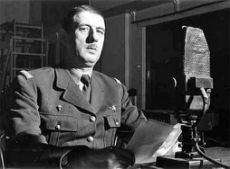 MSRP:
Now: $4.60
Was:
About Portugal - Europa 2020 - Ancient Postal Routes   In the days when messengers were at the service of royal households, noblemen, archbishops, abbots or other princes of the church, missives...

MSRP:
Now: $6.18
Was:
The new Munch Museum makes it possible to truly demonstrate Edvard Munch's influence on his own time as well as today's generation of artists. Edvard Munch left everything he owned in terms of...