In 1994, the United States Post Office issued "The Legends of the West" sheet of 20 featuring 20 well-known historic figures of the 19th Century Western Frontier.

A colossal mistake occurred.  Instead of picturing famed bulldogging showman Bill Pickett, a portrait of his brother, Ben, appeared.  While the USPS may have been satisfied to use Ben's portrait (they did look somewhat similar), the Pickett family was not happy and threatened to sue the Postal Service.  The USPS had already printed 150,000 sheets with the wrong image and did not want to have to destroy the entire run.  In a settlement, the USPS agreed to release to the general public only the sheets with the corrected image, and the initial run would be sold to collectors by lottery only.

Initially, the sheet was speculated to being extremely rare and demand would from foreign buyers and domestic collectors would inflate the sheet's value.  The sheets were being offered anywhere from $150-$300.  Within 5 years, the price had fallen significantly.  Today, sheets can be purchased anywhere between  $60-$90.

Be sure to check if the sheet is offered in the original blue presentation envelope that adds a premium to the price of the sheet. 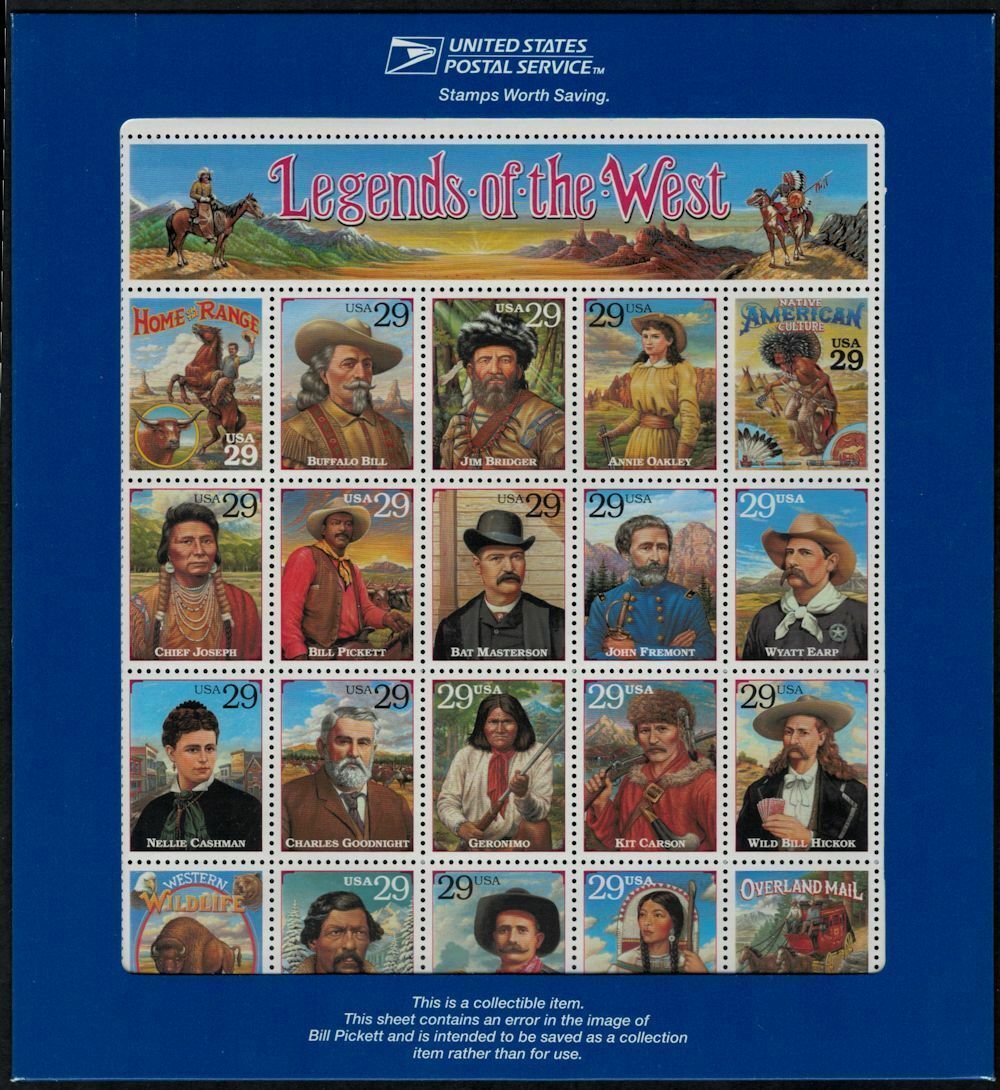