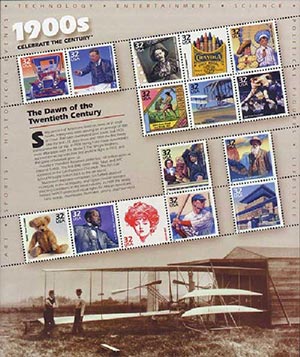 On February 3, 1998, the USPS issued the first sheet in the Celebrate the Century Series.

As America approached the end of the century, the USPS sought a way to honor the wide variety of events that had taken place. This led them to the massive 150-stamp Celebrate the Century Series. 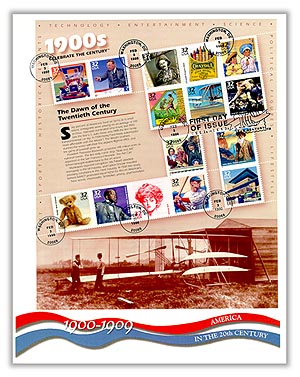 The USPS issued the first Celebrate The Century souvenir sheet on February 3, 1998, in Washington, DC. It began one of the largest stamp series in US history. Highlighting the important events of the century, each sheet pictures subjects of a decade from the following categories: People and Events, Arts and Entertainment, Lifestyles, Sports, Politics, and Science and Technology. 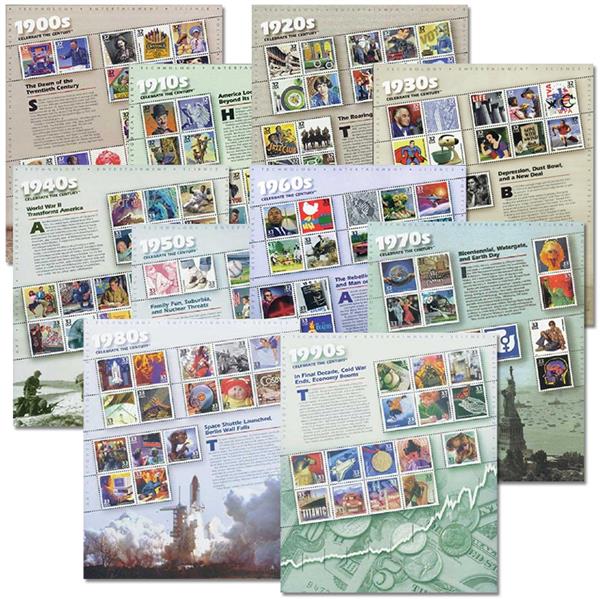 The series involved 150 stamps issued over the two years leading up to the new century. A short description of each stamp is on the back. A large photo representing the decade and a summary of events, including new words that came into use, are on the salvage of each sheet.

Starting with the 1950s pane, the public chose the subjects by voting at a post office or on the internet. Participants voted for 15 subjects from a list of 30.