DC Comics is one of the largest and oldest American comic book companies, with their first comic under the DC banner being published in 1937.[6] The majority of its publications take place within the fictional DC Universe and feature numerous culturally iconic heroic characters, such as Superman, Batman, and Wonder Woman. It is widely known for some of the most famous and recognizable teams including the Justice League, the Justice Society of America, and the Teen Titans. The universe also features a large number of well-known supervillains such as the Joker, Lex Luthor, and Darkseid. The company has published non-DC Universe-related material, including Watchmen, V for Vendetta, Fables and many titles under their alternative imprint Vertigo.

Royal Mail celebrates DC Comics through the ages and the Super Hero genre that it helped create with a bumper 18 stamp set of Super Heroes and Super-Villains including; 12-stamp set of the world-famous Batman, his allies and his foes and a special Justice League Stamp Sheet including the iconic trinity, Superman, Batman and Wonder Woman. 2021 also marks the 80th anniversary of the first appearance of Wonder Woman, who was among the first-ever female Super Heroes in comics. 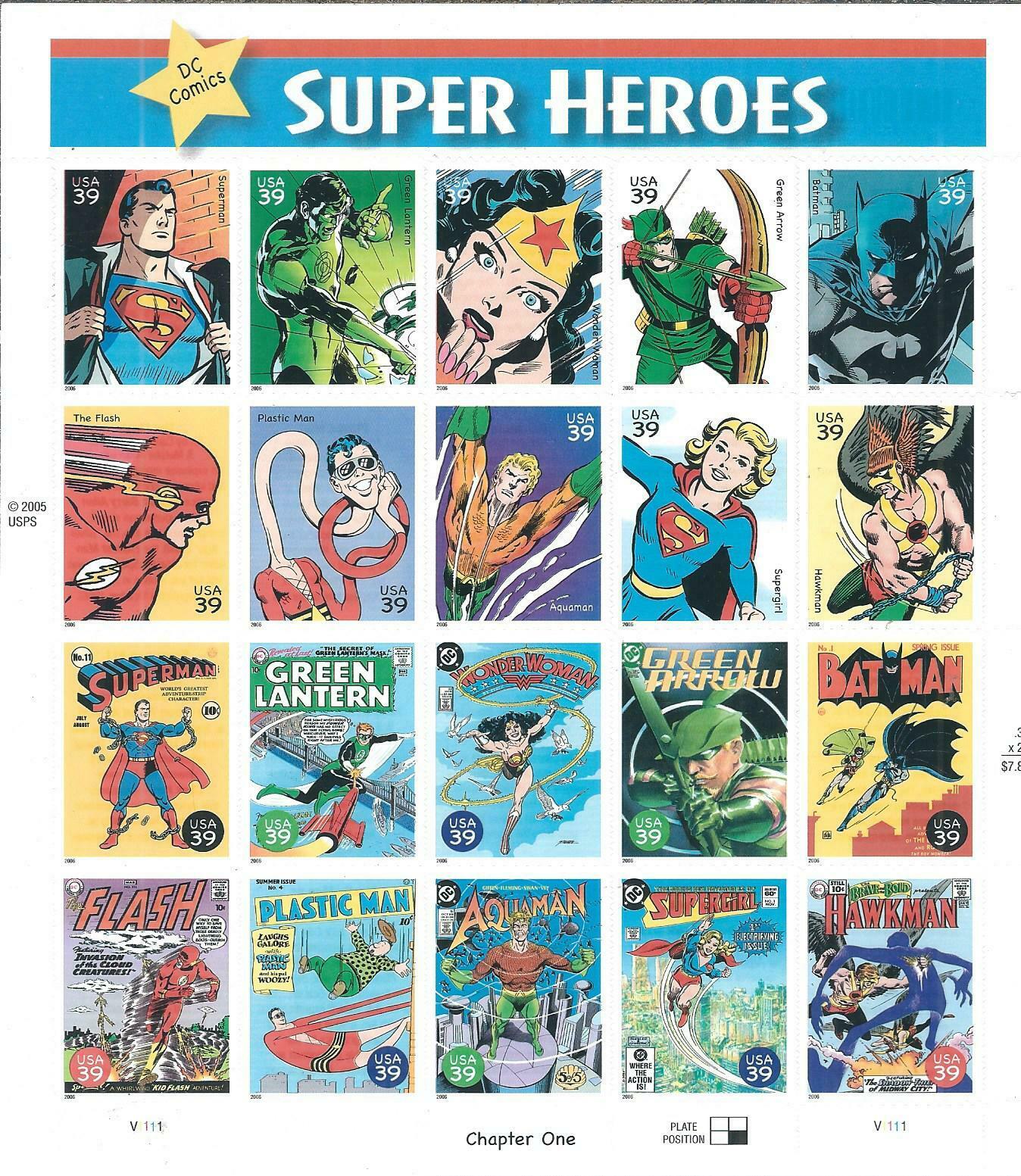