Bom in Poland in 1921, Czeslaw Slania was passionate about drawing from childhood. He studied engraving at the School of Fine Arts in Kraków, and developed his talent in intaglio. He threw himself wholeheartedly into this painstaking discipline, which is beloved of philatelists because, from an aesthetic point of view, it produces a much better effect than can be achieved by offset printing. Slania began his philatelic career in his country of origin in 1951. In 1960, by which time he had been living in Sweden for several years, he managed to secure employment as an engraver with the Swedish postal service. Slania would go on to produce some 450 stamps for the country. His 600 other creations were exported to more than 30 countries, including Monaco, making him the most prolific stamp engraver in the world. In 1972, he received the extremely honored title of Royal Court Engraver of Sweden. A meticulous worker whose creations are unmatched, he produced his dies in just a few days with enormous attention to detail. Slania died in Kraków in March 2005, having left his mark on the history of philately. 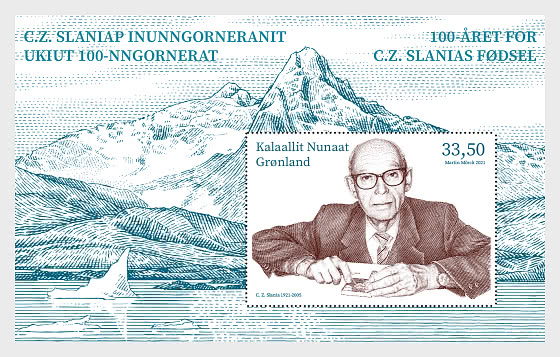